Teampappan has made new friends, part I. 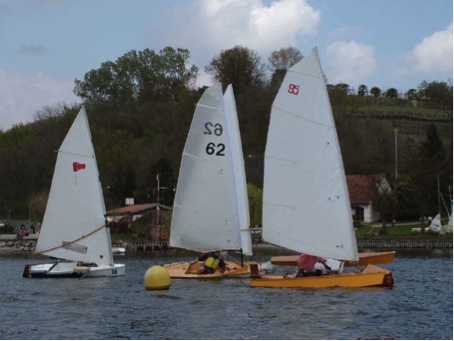 Small boats, maximum length 10 feet and a simple box rule make it easy and inexpensive to experiment.  Since the start 20 years ago the enthusiastic innovative Italian 10 ft sailors have increased their top boat performance by 212 %! 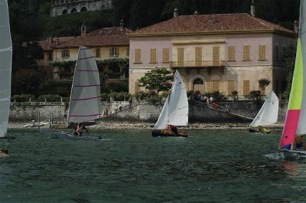 In 1991 Paolo Lodigiani, a small boat enthusiasts, took the initiative to found Classe Diecipidi, The 10 ft Class. Paolo runs a boat kit company and wanted to promote the development, amateur building and racing with small boats. The first race was held outside Villa Pizzo in Cernobbio by beautiful Lago di Como in northern Italy. 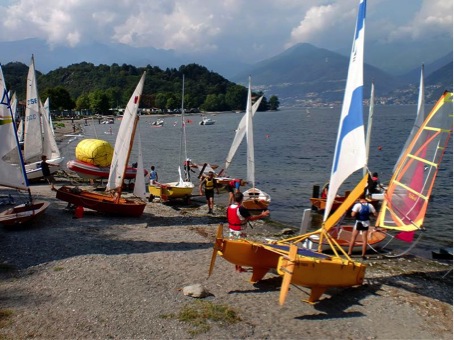 The Classe Diecipiedi box rule was inspired by the american 3 Meter Tri and a French 10 feet box rule the latter  doesn’t seem to be around any longer.

The rest is free, generating a fantastic range of designs. For lots of examples check here. 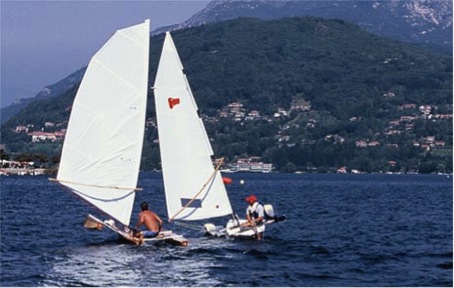 Most of the races are held on the lovely lakes of northern Italy. The Classe Diecipiedi has around 100 active sailors owning altogether some 150 boats. The important races attracts  20-25 sailors. 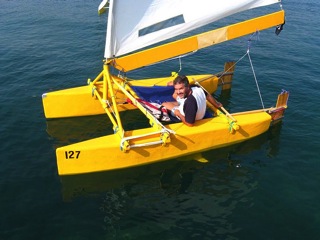 Jacopo Faggioni won the 2011 Classse Diecipiedi Championship, scoring best overall in the 7 championship regattas. Jacopo has a long history with the class. He won the first race already back in 1991. At that inaguration regatta he met Laura, also a keen racer and they later got married. Laura is also still very active in the class. 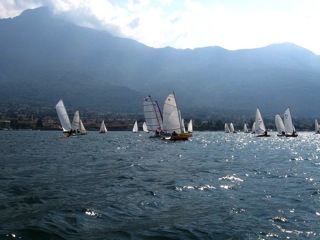 After 20 successful years with steady development of the Classe Diecipiedi the ambitions are growing too:

”We also hope that one day it could be possible to organize a World Championship, meeting other Diecipiedi coming from different countries. It would be a real success, provided that the Class does not loose its initial spirit, which is based on friendship and amusement: it has always to be considered a joke, even if made seriously, or, if you prefer, a serious activity, but made as a joke.”

One  contribution could be a Swedish 10 ft Class – ”sailing anyone”?

This entry was posted in Reportage and tagged Classe Diecipiedi, italien. Bookmark the permalink.
Relaterade inlägg: Warning: count(): Parameter must be an array or an object that implements Countable in /customers/0/2/a/teamhoffstedt.se/httpd.www/wp-content/plugins/post-plugin-library/common_functions.php on line 174